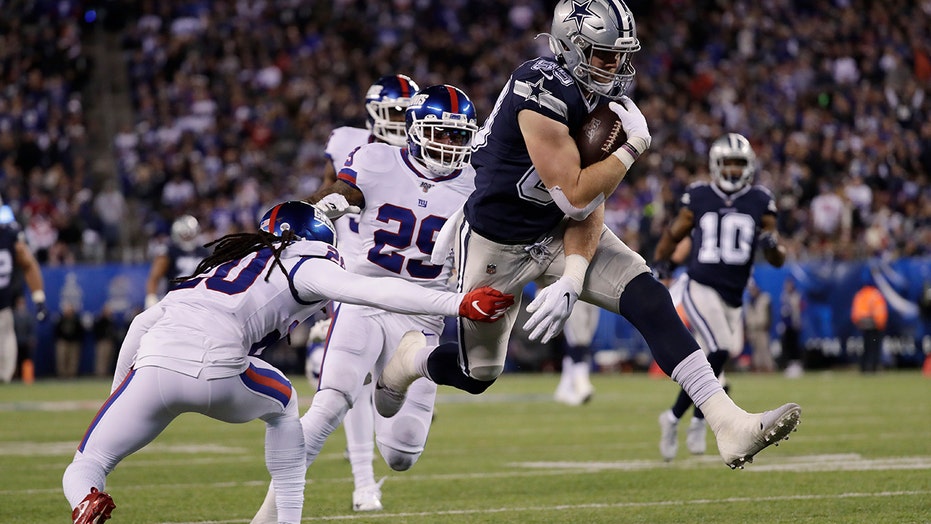 New York Giants cornerback Janoris Jenkins was roasted on social media Monday during a game against the Dallas Cowboys.

The one particular play Jenkins was catching heat for his effort, or lack thereof, trying to tackle Cowboys tight end Blake Jarwin as he rumbled into the end zone. Jarwin caught a pass from quarterback Dak Prescott and broke a few tackles to score.

Jenkins appeared to be frozen in time and stuck his arm out as Jarwin zipped by him.

The veteran defensive back was immediately skewered on Twitter by fans and media for the seeming lack of effort.

The score came with under a minute to play in the first half. Dallas would get the ball one more time and finish the half with a 52-yard Brett Maher field goal to obtain the lead, 13-12.

The Cowboys wouldn’t lose the lead again. Dallas outscored the Giants 24-6 in the second half and went on to win the game, 37-18.

Dallas improved to 5-3 on the season with a slight edge over the Philadelphia Eagles in the NFC East division. The Giants fell to 2-7 on the year.

The Cowboys have a Sunday night game against the Minnesota Vikings. The Giants play the New York Jets next.